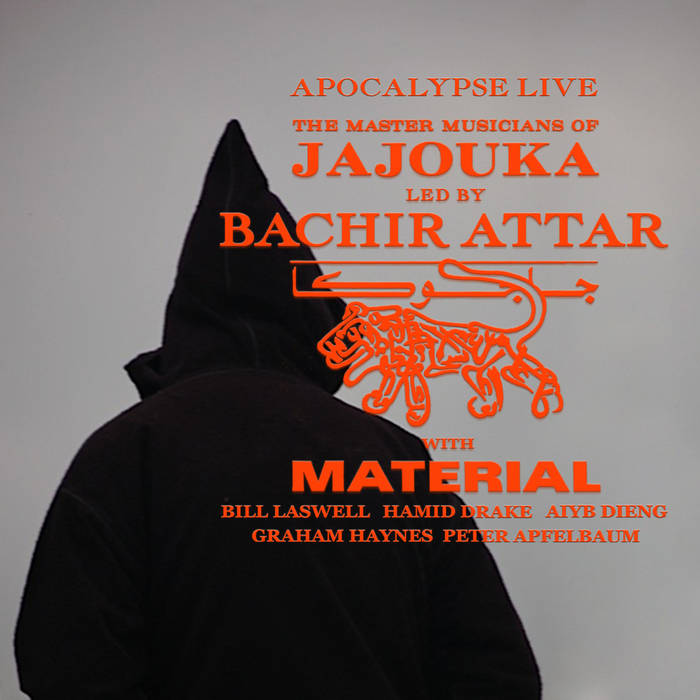 THE MASTER MUSICIANS of JAJOUKA described as “the 4,000 year old rock ‘n’ roll band” by William S. Burroughs. Hail from the foot hills of the riff mountains in Morocco. North African trance music at its most intense. They have worked and been closely associated with The Rolling Stones, Ornette Coleman, Paul Bowles, William S. Burroughs, Brion Gysin, Donovan and many others.

In this concert, they are alined once again with longtime collaborator Bill Laswell and the Material collective. master drummer Hamid Drake, Senegalese percussionist Aiyb Dieng, Graham Hayens on Cornet, Peter Apfelbaum on reeds. This is true dialogue and communication, not programmed fusion.