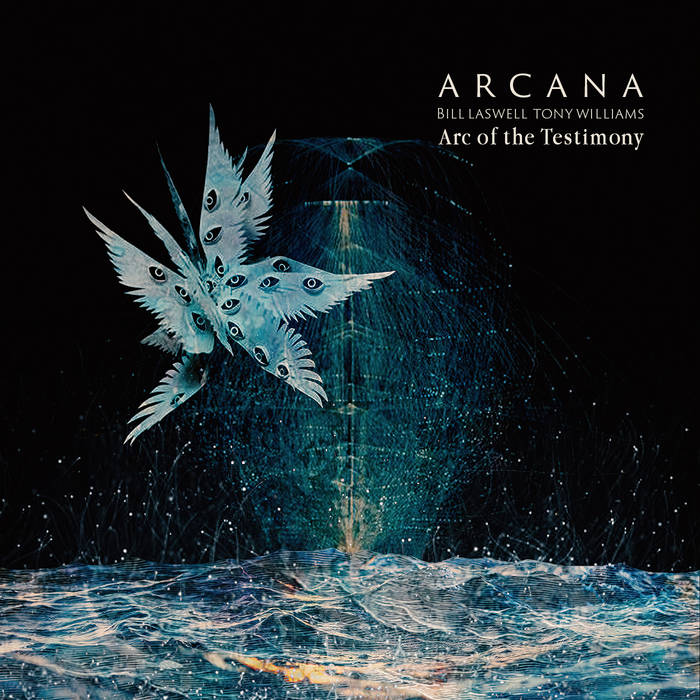 ** if you've already purchased this direct from us, please contact us. For the difference in price from the CD or digital purchase you made, we will send a download code for this version **

ARCANA is a band collaboration between visionally bassist/producer Bill Laswell and master drummer Tony Williams, featured musicians include saxophonist Pharoah Sanders, known for his work with John Coltrane, mutant guitarist Buckethead and many others.

Over the course of some four decades, Bill Laswell has been one of the most prolific and restlessly creative forces in contemporary music. A sound conceptualist who has always been a step ahead of the curve.

Tony Williams is regarded as one of the most important and influential drummers. His inventive playing helped redefine the role of jazz rhythm section. He first gained fame in the Miles Davis band, became a vital element of the group. Davis once wrote Tony as ”the center that the group's sound revolved around”. The Tony Williams Lifetime, formed with John McLaughlin and Larry Young, later with Jack Bruce, is considered as a pioneer of the fusion movement, cutting edge sound experiment - combining rock, R&B, and jazz. The collaboration project with Herbie Hancock, Ron Carter, Wayne Shorter and Freddie Hubbard - V.S.O.P become extremely popular internationally, toured and released series of live albums.

His rich music journey never stopped, he had played with John McLaughlin and Jaco Pastorius as Trio of Doom, played on punk legend John Lydon’s Public Image Limited album, “album/cassette/compact disc” - single hit “Rise”, produced by Bill Laswell. He was inducted into the Modern Drummer Hall of Fame in 1986.
credits