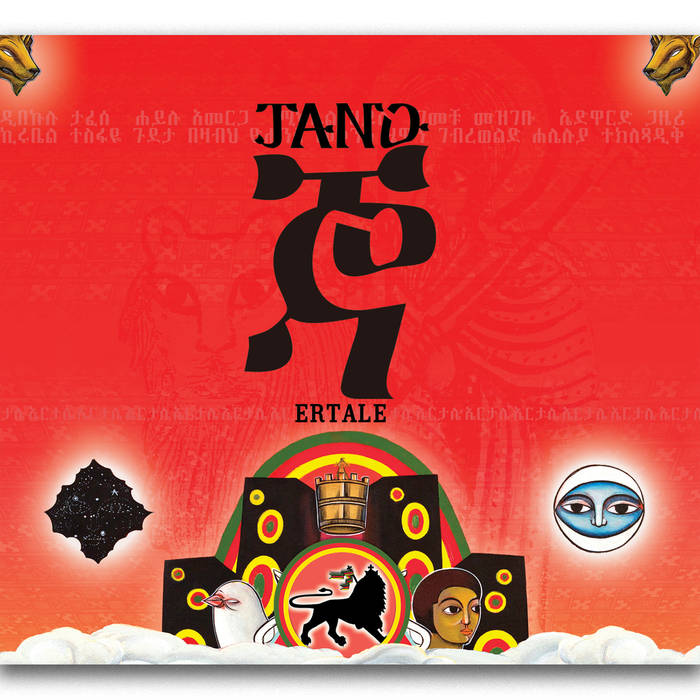 A devastating energy blast. So far, there has been nothing this powerful and versatile that will most likely come to be associated with so called "World music". African Futurism at it's most liberated and intense. With a hard rock element unheard until now in Ethiopian music.

Guitarist Michael Hailu supplies the force with huge metal riffs and a
detailed harmonic sense. The dual vocals of Debekulu Tafesse and Hailu Amerga are in complete contrast with each other. Back and forth, one after another, creating a completely unexpected dynamic that never let's up.

Produced by legendary producer/musician Bill Laswell who has worked with an unimaginable range of musicians, artists and thinkers around the World. In the Americas, Africa, The Caribbean, Europe, The Middle East, India, China and Japan.

ERTALE was recorded in Addis Ababa and NYC.

A major statement for Ethiopia and Africa. This is not just an introduction to a new music but to the history of a diverse culture unlike any other. Ethiopia, the only African country not to be completely colonized… champions of the battle of Adwa. A shocking example for the whole of Africa and the World to see. So, you will expect a sense of pride. And pride is the first hear when you play this music. Followed by commitment, dedication, vision and undeniable raw talent.

For Ethiopia, the future has arrived.