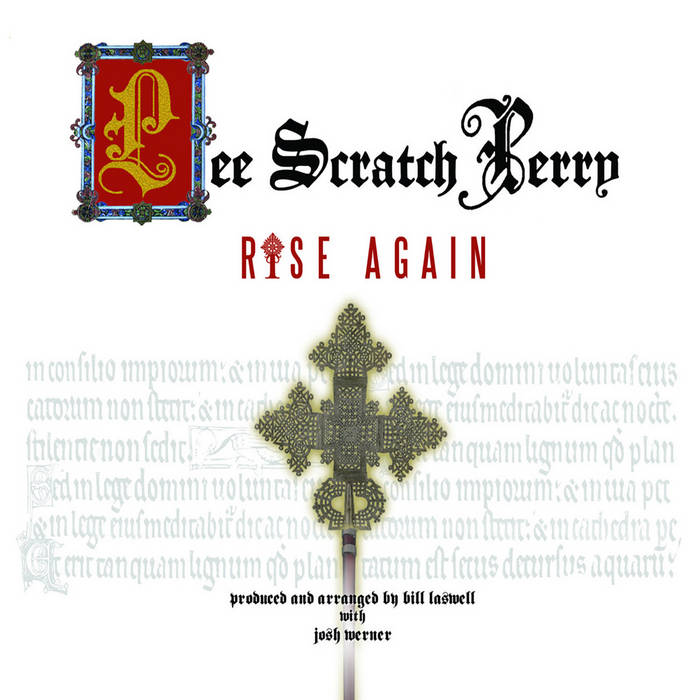 willy vlyminck One of my favorite reggae recordings. Lee had probably the best backing band possible for this one. All tracks are great by the way. Favorite track: African Revolution (feat. Gigi & Hawk).

Lee Perry aka Scratch, The Upsetter, The Super Ape, Pipecock Jackson and on .... Genius, Madman, Visionary, Lunatic, Shaman? Probably guilty of all as charged.

Rise Again The title should speak for itself. A clear and direct collaborative projection that transforms pop music production into an art form all it's own.

Like an ageless tribe of Lazarus, Lee “Scratch” Perry just keeps coming back. This time out, the Upsetter celebrates his 75th year on planet Earth with the release of Rise Again—a crucial set of eleven all-new songs, mixed and produced by Bill Laswell and featuring vocals by TV on the Radio’s Tunde Adebimpe, Ethiopian chanteuse Gigi Shibabaw and Jamaican toaster Hawk(man).

Rise Again is not just another echo-drenched, bass-heavy, psychedelic dub release, that Perry helped invent back in the early ’70s, but this record goes deeper into the Rasta mysticism (and you thought it was just about smoking herb) that provides the key to understanding Scratch’s trip. This is, after all, the same innovator who literally realigned the career paths of Bob Marley, The Clash and The Rolling Stones, so it only makes sense for him to continue pushing forward. Even more fitting that he should take the leap with Laswell, whose resumé as a radical-minded producer speaks for itself(but we’ll mention it anyhow); his studio forays with Herbie Hancock, George Clinton, Public Image Ltd, Iggy Pop, Yellowman, Sly & Robbie and Matisyahu (to name just a few)—as well as his late ’90s dub remixes of the Marley/Wailers and Miles Davis catalogs—still reverberate today like a vintage Echoplex.